(Note that I am using Pixar's RenderMan Pro Server (i.e. PRMan), and APIs specific to that product; unfortunately this does not work for any arbitrary RenderMan-compliant renderer.)

It turns out that quickly mocking this together is pretty straight forward, as the "Getting Started" instructions for each part are quite compatible; the steps I took were generally:

See PythonRtx.cpp for the majority of the implementation of steps 2 through 5.

Herein lie some small nuggets that I needed to figure out as I went that will make subsequent PRMan/Python projects smoother.

The Rtx docs make no mention whatsoever about how to actually use your plugin. It turns out that you provide a specially formatted string as a texture name to any of the texture functions (e.g. texture, environment, etc.), which looks roughly like:

Swap out YourPluginName for the name of your compiled library (with or without the extension), and append as many key/value pairs to the end using standard URL query string syntax. Note that every key must have a value (designated by =) or PRMan will segfault.

PRman will then search the texture path looking for your library, and the key/value pairs are provided to your plugin as a list of strings via the argc and argv attributes of the texture context.

Resolution Requests Are Not Law

Your plugin may specify to PRMan what the minimum and maximum dimensions you are able to provide, but it does not use these numbers verbatim.

PRMan, unlike some of the other RenderMan-compliant renderers, is very strict about texture dimensions being powers of two (e.g. 512, 1024, etc.), and Rtx plugins are no exception. If you pass "invalid" dimensions to the renderer, it will request "valid" (and therefore different) dimensions from your plugin when filling tile data.

So be careful to either provide power-of-two dimensions, or respect the FillRequest.imgRes.

Python is Not Thread Safe

While Python is able to run in multiple threads, it cannot do so in a concurrent manner due to the global interpreter lock (or GIL).

Unfortunately, this author is not yet well versed enough in the threading mechanics of the interpreter to figure out how to properly capture to GIL when using threads spawned by external code (i.e. PRMan threads).

As such, this plugin sometimes requires you to render with a single thread.

Note that the images in the example below are sRGB, and should be linearized before use in a renderer.

It is now straight forward to write a small module to return random photo data from Flickr, the (admittedly unimpressive) results of which may look like: 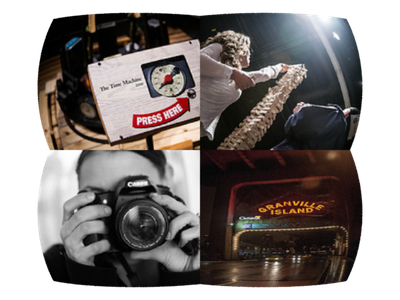 Take a look at the project on GitHub, and try it out!