Classifying attributes as "normal" so Houdini will transform them.

I've been building a VFX pipeline for Shadows in the Grass that allows for artists to work in whatever applications they are the most skilled.

One little thing which has been a bit annoying is that somewhere between Blender and Houdini (of all pairings), geometry transferred via Collada does not have properly qualified normals. This results in some wacky behaviour when you start transforming your models:

Note that when spinning the above sphere, the normals are getting dragged along with the surface, but they remain pointing in the same direction in world space; they are not spinning with the surface. A very obvious effect of this is that the light appears to be spinning around the sphere, even though the light is stationary.

There is a simple enough fix, however.

Just one "AttribCreate" node re-creating the "N" attribute (as a vertex float of size 3) will qualify the attribute as a "Normal". 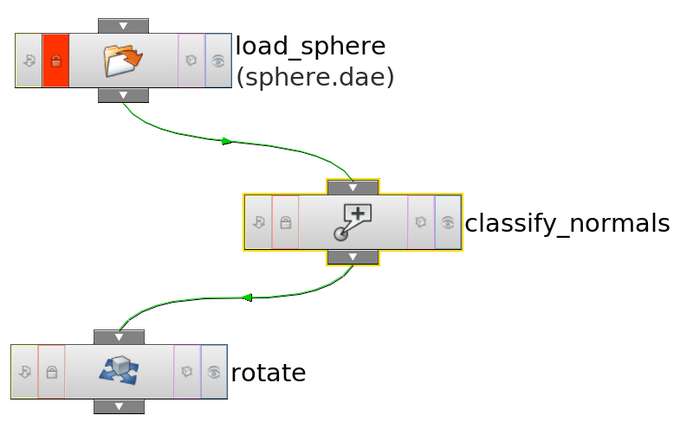 This will inform the various transformation nodes that they should also transform the contents of this attribute, instead of leaving them alone; your normals will be so again!

Edit: I have contacted SideFX, and they have confirmed that this instance of not qualifying normals is a bug, and should be fixed in 13.0.559.