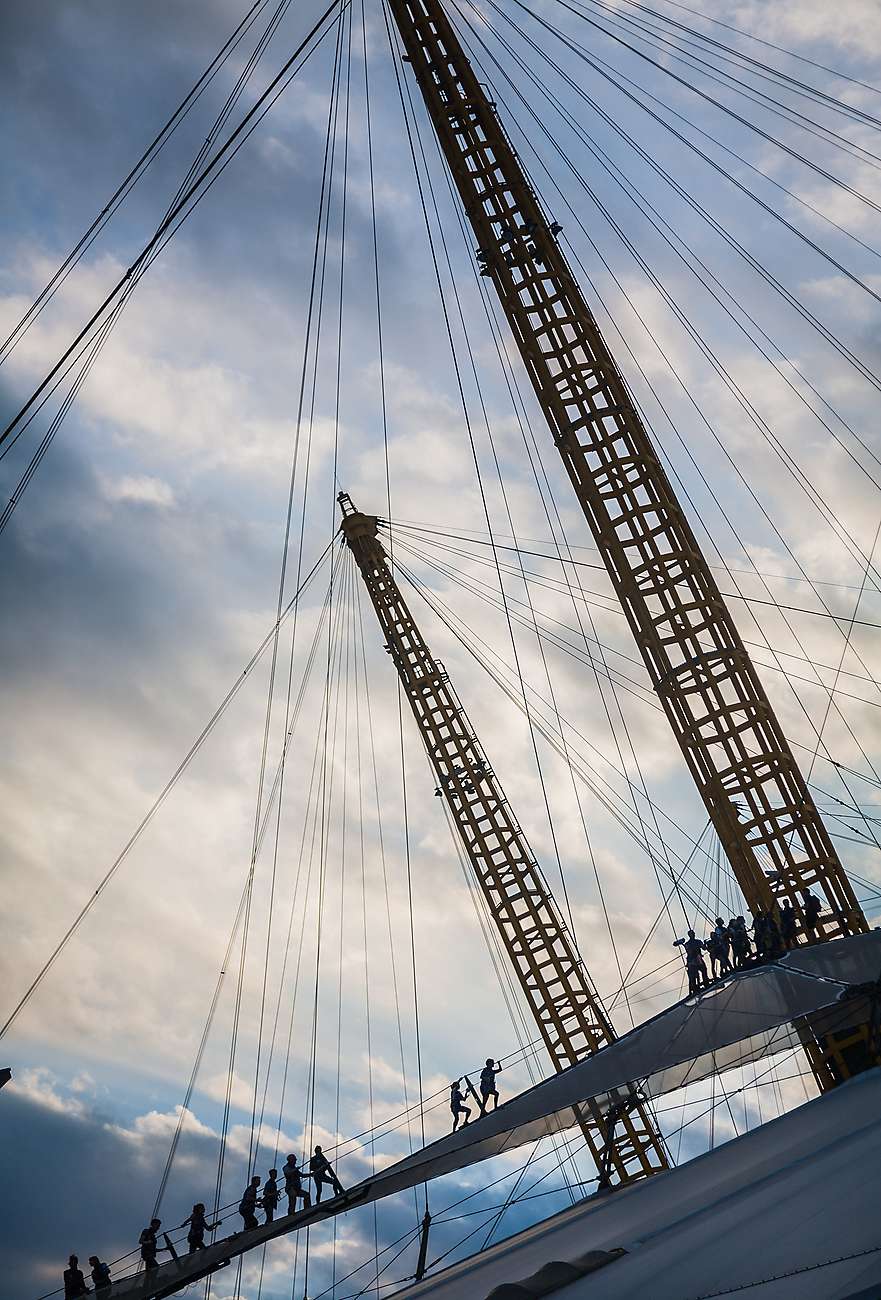 We stayed near The O2 while in London this summer. One of the additions (in an attempt to make it profitable after the transition of being the Millennium Dome) is a series of stairs going up and over the massive structure.

It likely has quite the spectacular view; in the future I'll post some similar ones from Emirates Air Line (cable car) nearby.