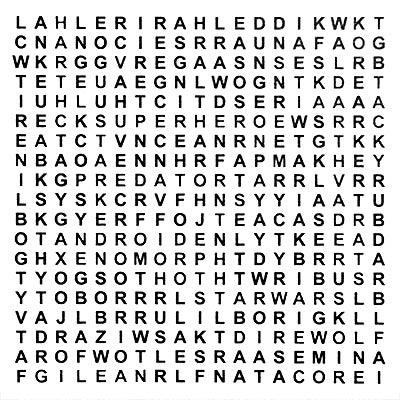 First, I spent a few minutes searching the old-fashioned way (and not particularly well at that): 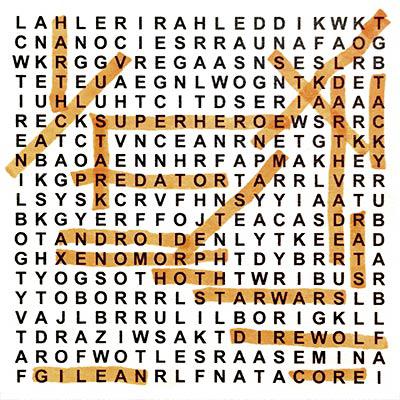 We have isolated some Star Trek, Star Wars, Game of Thrones, Alien, and Predator. Ergo, lets mine those terms to get a vocabulary.

I wrote a Wikipedia scraper in Python that can recursively walk from a starting point (caching pages at is goes for successive runs), and output the unique wordlist from that set of documents:

We collected 5335 words! Lets quickly OCR the puzzle, write a word-search solver in Python, and try it with our found dictionary:

That found a few more words for us (and a few times as much junk, but this isn't a very smart solver), but we are really missing quite a bit. Lets recurse once into Wikipedia:

That found 12 times as many unique words. Hopefully many more of them will be related to the topics at hand. Lets see!

Still only 35 words of the reported 45, but we found some words (e.g. "SAURON", "WIZARD", "WALKER") for which we didn't even list the source material. Score! 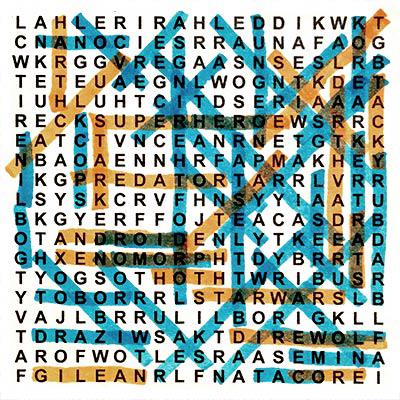